Ethereum attempted a fresh rally above the $1,820 resistance area. However, there was no continuation of the uptrend and the price remained below Resistance area $1,850.

On the upside, there is an initial resistance near the $1800 level. There is also a crucial bearish trend line forming with resistance near $1,800 on the hourly chart of ETH/USD. The trend line is close to the 50% Fib retracement level of the recent decline from the $1,831 high to $1,767. 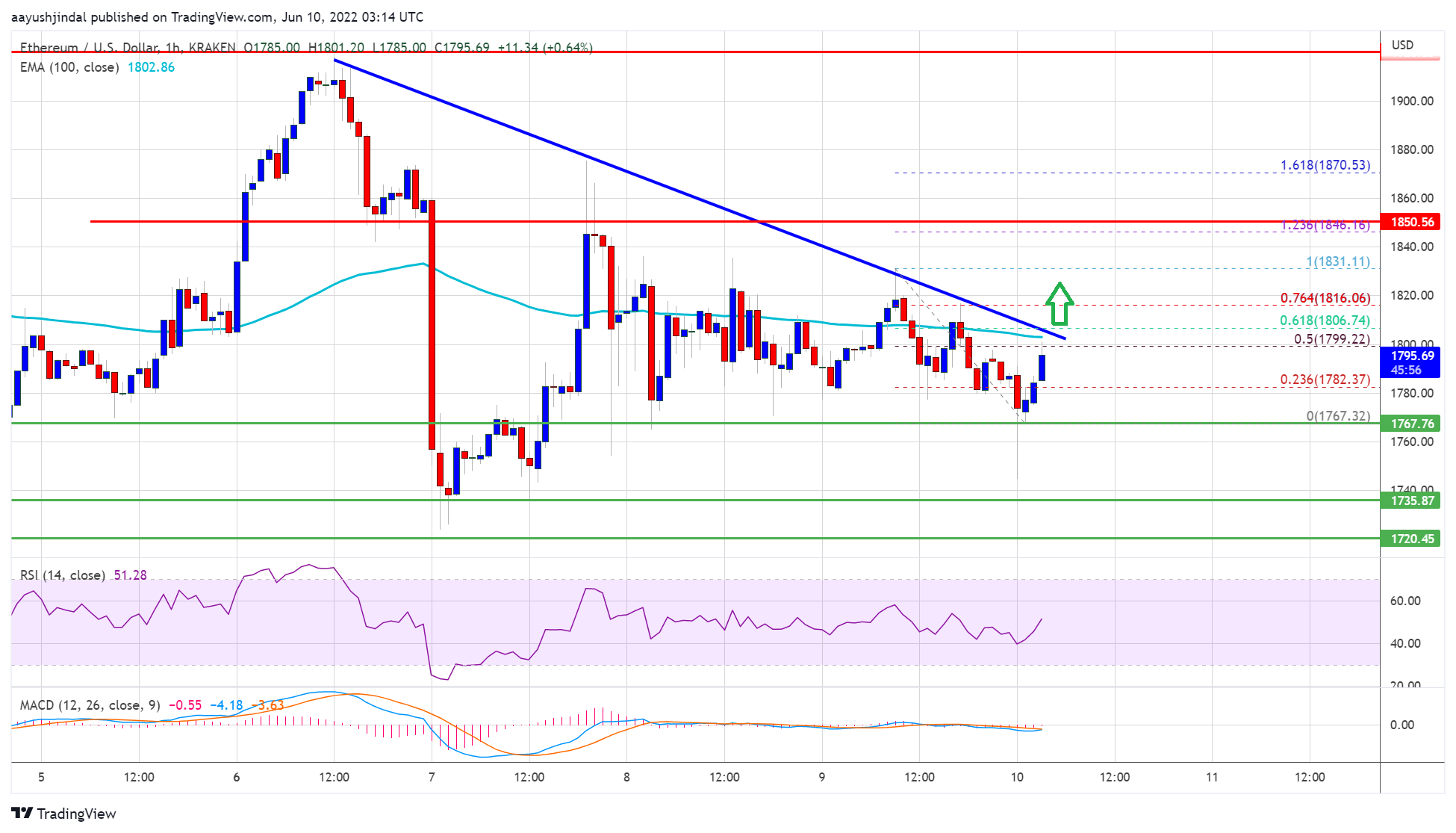 Breaking the downside in ETH?

If Ethereum fails to rise above the resistance level at $1,820, it may continue to decline. There is initial support on the downside near the $1,765 region.

The next major support is near the $1,720 level. A clear move and a break below the $1,720 support could start a significant decline. In the mentioned case, the price could drop towards the $1,650 support area in the near term.

Hourly RSI – The RSI for ETH/USD is now near the 50 level.